Is there a gay gene? Or is it caused by environmental factors? Despite the fact that nobody knows what causes homosexuality, there are many theories about it.

Lots of people seem to think that being homosexual is a choice. Within the LGBT community, this theory is mainly represented by former married lesbians, for example Sheryl Swoops.

On the other side there are many people who think that it’s in their nature and they can’t change it. There are two main theories supporting that. The first one is about the brain structure, in fact a study in 1999 shows that a part of the hypothalamus is smaller in gay people than in heterosexual ones. The second one is about genetics and hypothesizes that homosexuals have a “gay gene”. This theory is supported by a study about sexual orientation which shows a 70% correlation for male identical twins and 22% for male fraternal twins.

Furthermore it would be stupid to choose something that could cause many problems, such as being scorned by society, rejected by their families, denying them rights and subjecting them to possible violent hate crimes.

Finally there are people who don´t think it´s biological but neither a choice, they think that sexual orientation is influenced by the environment where they grew up.

But do we really need to know the reason?

This article was written as part of a workshop about the Rainbow Scouting movement
during the scout camp Wurzl’14 by scouts and guides from Salzburg and Lecco. 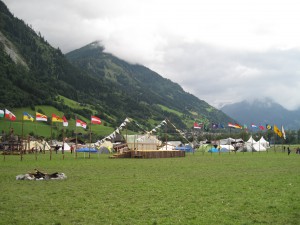 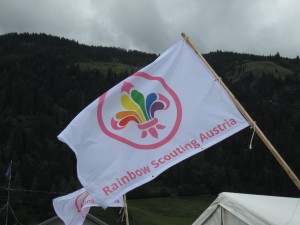